The Note is my early half-century survival present to myself. (Turning 50 in just over a month.) I was looking at Cintiqs and of course also looking at just how long I'd have to save up for one! But then I found out about the S pen and the Note line from Samsung.

Disadvantage :( - it isn't a direct input device like the Cintiq. So there's a bit of file sharing back and forth. And it is a bit smaller than the smallest Cintiq. (It is just a bit larger than my Nook HD+)

- it is considerably cheaper than the cheapest Cintiq. And it has the lovely pressure levels for natural style painting. And best of all, you can extract stuff right on the image since it is a touch screen.

I've had it less than a full day, but so far, so good. The S-pen is amazing. Photoshop Touch is taking some getting used to. And until I get my wireless network and sharing all figured out, I'm using Dropbox to transfer files between the tablet and the desktop system. My brain is a bit mush still since I've already been trying to get used to Windows 8 and the rest of the changes that come when you replace a 7 year old system!
0 | 0
WaterRabbit

Posts
Joined: Apr 2011
#2
So far I'm using Dropbox to transfer files back and forth. And PS Touch is taking some brain power to get used to. But my first actual project - photo taken with the tablet and most of the editing done there. 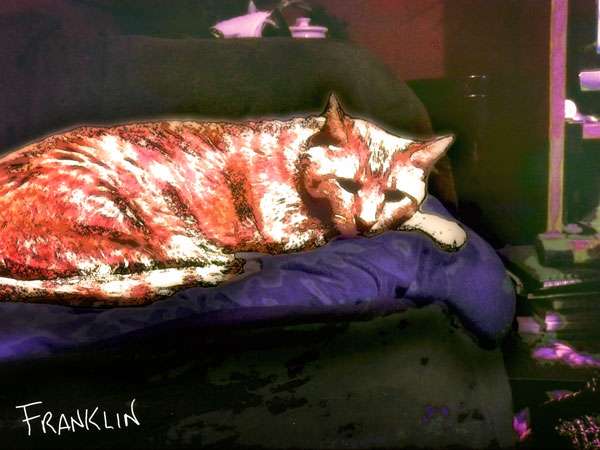 0 | 0
Posts
Joined:
#3
I've been looking at tablets too, and at this point am totally confused!! Thanks for the input!
0 | 0
WaterRabbit

Posts
Joined: Apr 2011
#4
I'm getting handier with the tablet - and finding some very cool apps out there for art. Very glad I made this purchase.
0 | 0
martavaneck

969 Posts
I come from Poland. Live in Germany now...
Joined: May 2010
#5
Are you using app from Play Store?Can you share some names of the app ? I would like to try maybe too some tablets art apps :) I could not find any nice and useful.
Visit my store to grab some weird stuff.

Posts
Joined: Apr 2011
#6
The best I've found so far (other than Photoshop Touch which came with the tablet I got, great for extracting!) are: Autodesk Sketchbook Pro and Sketchbook Ink, Infinite Painter, Sketcher Pro, and Serious Paint. They're all optimized to work with the S-pen which is nice. Other apps I've gotten that are fun are WaterColor Pencils Lite, ArtFlow, and Auryn Ink. For quick stress relief (completely unpredictable sometimes) there is Zen Brush and Zen! And I have had some luck making fonts with InstaFontMaker.
0 | 0
1 to 6 of 6

You need to register or login before you can comment.